“The elimination of Violence Against Women is in your Hands.”

Motto of the Conference: “Towards Coordinated Efforts for the promotion of safe sheltering services for women and girls survivors of GBV in the MENA region” held in Beirut, 6-9 July, 2017.

In partnership with Fondation de France, ABAAD hosted from 6 to 9 July in Beirut the regional working seminar entitled Towards coordinated efforts for the promotion of safe sheltering services for women and girls survivors of GBV in the Mena region.

The meeting was moderated by Fatima Outaleb from Morocco, also GNWS chair/contactperson for the Mena-region.

The first day was more devoted to experience and expertise sharing in sheltering and working with women victims of GBV.

Participants from the region exposed the challenges but also their best stories and tools they developed namely the referral system recently adopted in Palestine , Jordan and Lebanon. The political context as well as the multiple emerging types of GBV were at the heart of all interventions and analysis. Participants also highlighted how armed conflicts shaped the scope of their work which revolves more around women refugees and displaced women and children. By the end of the first day, the group discussed the relevance of the working topics assigned earlier by the organizers and adopted them or come up with others methodology that can feed into the toolkit, which has been set as the outcome of this working conference.

The working groups’ topics were:

The methodology adopted was more participative where each group has appointed its moderator to lead the discussions and a reporter to present the outcomes of the work. During the second day participants divided into 6 groups around each topic, elaborated presentations outlining their vision of major appropriate shelter activities in favour of women and staff, codes of conduct that regulate work and relationships in shelters, structures that provides security and safety and clear roadmaps to networking and advocacy.

The third and fourth day were also devoted to groups’ participations in reflecting on the working groups’ outcomes and final presentations that will all feed into the operational toolkit to be drafted and presented for discussion to the groups eventually.

In the meantime, Participants from Danner, GNWS, WCLAC,Mehwar, Jordan family unit and Kurdistan Iraq all shared their experiences in sheltering as well as the challenges they are facing in their daily work.

Lisbeth Jessen, executive director from Danner related the history of the first shelter in Denmark created by women activists and shared a book about the methodology of Danner.

Riekje Kok, board member of GNWS, exposed the GNWS objectives , goals and three conferences. She shared the protocol of the Inter American Network (“Shelters Without Borders”) and invited Mena representatives to join the network.

Other experiences from the region triggered the interest of participants mainly the referral systems newly adopted in Palestine and Jordan. 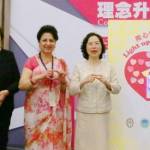