For this one-day snapshot, 215 transition houses and shelters were housing and helping a total of 3,613 women and 2,244 children fleeing violence.

47% of responding shelters were full on their snapshot day. The turnaway rate for women and children seeking shelter was 75%. These numbers suggest that a significant proportion of shelters are chronically over capacity, and staff testimony corroborates these numbers.

This edition of Shelter Voices focuses on the growing interest in offering pet sheltering programs for women leaving abusive relationships. In a recent study, researchers found that while threats to the safety of a household pet increased women’s desire to leave, 56% delayed leaving due to concern about a pet’s safety. 47% would have left earlier if they could have brought their pet to a shelter with them. 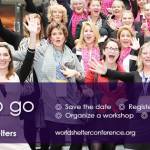