In Myanmar, the Ministry of Home affairs has sparked controversy for attributing a 28 per cent increase in reported cases of rape to factors such as victims’ drunkenness, and for encouraging women and girls to dress modestly to prevent rape.

Free Expression Myanmar, a local non-profit organization promoting the right to freedom of expression and Information in Myanmar, has done several investigations. They consistently found that stranger rape is indeed rare in the country. So, most rapes are actually pre-meditated. Women are being raped regardless of their dress or behavior.

Namely, women who speak uncomfortable truths or those who expose some form of injustice are at higher risk of facing sexual violence. Certain topics, such as contraception to supporting women for political leadership, are labelled as too sensitive in Myanmar. When a woman does not avoid these topics, sexual violence may take place as means for men to reassert their power with impunity.

Putting the blame on women does not only condones sexual violence but also promotes and perpetuates a wide-array of misogynistic conducts and values. 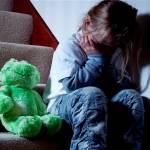